NO RETIRING DOC SEVERINSON – Johnny Carson, The Tonight Show and Beyond

9 January 2011
Comments Off on NO RETIRING DOC SEVERINSON – Johnny Carson, The Tonight Show and Beyond 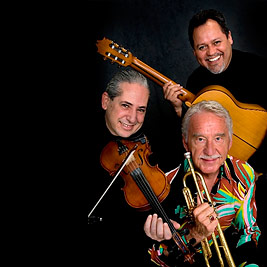 Doc Severinson is  going stronger than ever.  Now living in Mexico, Severinson still tours heavily , has a new CD and says he ‘is  now working harder than ever.” ,after trying to retire – which is the thing one’s ‘supposed to do’ at age 79′ Severinson couldn’t stand it. He happened upon a couple ‘ world class trumpeters’ playing a small dive near his new Mexico home and asked them if they’d be interested in working with him. They didn’t know who he was at first, but the rest is history, as they say…

(Editor’ s Note:  Before we continue with the rest of this remarkable story of a remarkable, if overlooked man today, let  me just say that this is just another excample of an older person,a Senior, or Senor , in Mexico, who has been neglected, overlooked, forgotten or however you want to say it – by the folks in the US where he was a star for so many years.  Why isn’t this still-talented, interesting and colorful man no longer seen on the Tonight Show, or most other media . Because the media and rest of us have neglected our heros of yesterday. If it weren’t for NPR and the interview you can listen to here,  we wouldn’t have known about Severinson’s new projects.

It’s funny that , as much as a recluse Johnny Carson became after retiring, the opposite can be said of  Severinson. Ed McMahon, who was the other third of the Tonight Show Gang Leaders also worked until his recent passing at 86.)

Ask Doc about retirement and the answer you will get leaves you with a very clear impression:  he is not ready to hang up his horn or his traveling shoes.

Since moving to Mexico at the end of 2006, Doc has kept a busy performance schedule and made new discoveries in two very talented musicians from Mexico.  Together with these gentlemen, Doc has crafted an innovative and exciting program.

El Ritmo de la Vida” is, of course, “the rhythm of life,” a very apt description of Gil Gutierrez and Pedro Cartas and their music. It is classical Spanish with a jazz flair, gorgeous ballads, both Latino and American, plus some great movie music,and among their best received — gypsy jazz, a la Django Reinhardt. Each are virtuosos and combined are electric. Add to this the soaring trumpet of Doc (not to mention his wardrobe!) and the experience is indescribably brilliant.

‘Doc’ is now a resident of San Miguel de Allende, Mexico, and first heard Gil and Pedro playing at an Italian bistro to throngs of admirers, both American and Latino. He later recorded a few tunes with them and then immediately asked to join them.
According to ‘Doc’: “I came to Mexico with retirement on my mind, but when I heard them play I knew that I would be playing with them for some time to come. Latino music, along with the blues, has always been among my favorites, and Gil and Pedro do it along with a European style that I love and so do our audiences.
They are mature, gifted young men who play great, look great, and PLUS, we share a great lifestyle together. Our music is totally organic to us.”

A Grammy award winner, Doc has made more than 30 albums–from big band to jazz-fusion to classical. Two critically END_OF_DOCUMENT_TOKEN_TO_BE_REPLACED